DAO 2.0: Time to update the meaning of DAO 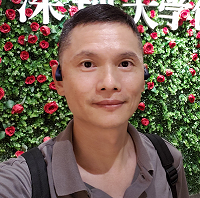 The concept of Blockchain's DAO might date back to the term "Decentralized Organized Company"[1] coined by Daniel Larimer on September 7, 2013. Soon after that this term was revised to "Decentralized Autonomous Corporation" abbreviated as "DAC". Thirteen days later Vitalik Buterin published an article[2] detailing his thoughts on DAC. On May 6, 2014, Vitalik published another article titled "DAOs, DACs, DAs and More: An Incomplete Terminology Guide" in which he was the first in the blockchain industry to point out that after DAO was initiated it would possibly be designed to run free from external control, and under predefined rules[3].

Six years have passed since the publication of Vitalik's article in 2014, we have gone through ICO bubbles, crash of crypto markets, and wild DeFi parties. Now it is time to re-examine DAO and survey its nature.

1. Blockchain implies being free from control from human beings.

Some of us may still remember that in Bitcoin's early years there was a popular saying "Bitcoin is anonymous". You could even see it on bitcoin.org. However on one hand some people fear that the centralized world would block blockchain's development, and on the other hand still quite a few people in the blockchain world are reluctant to hand over their established power in blockchain activities. Due to these factors, "Anonymity" as one of the core features of blockchain gradually fades away in recent years.

Up till now still no one can prove he/she owns an amount of bitcoins in an address even when he/she shows the private key to the address because it is possible, for some reason, someone else has that private key as well or it's a stolen key.

Someones may say: OK I can prove that I own the private key to this wallet address by sending you some bitcoins from this address as long as I can afford it----however we know magicians can do it as well!

Or how can we prove that we don't own bitcoins anonymously? Can anyone tell me who is the real owner of the private key to the famous address which has one million bitcoins and is claimed to be owned by Satoshi Nakamoto?

The birth of Ethereum marks the upcoming of a new era for blockchain i.e. blockchain 2.0. It goes further than Bitcoin. It splits Bitcoin's account type into two: externally owned accounts and contract accounts.

Simply put, an externally owned account is used by human beings and a contract account can only be used by smart contracts. However the differences between these two types of accounts cannot be told by human beings with naked eyes.

This shows that Ethereum goes further by offering a possibility to completely eliminating human beings from activities in blockchain.

Recently Vitalik Buterin and others launched EIP-2938 "Account Abstraction" which adds more features to a contract account and enables it to pay gases and trigger transactions like an externally owned account. This implies that even without initiations from human beings, blockchain based dApps can initiate operations and interact with other smart contracts as well. This is like an autonomous transport vehicle automatically loading goods and transporting to destinations on demand. This EIP will greatly enhance blockchain's potentials and capabilities without human beings' interactions. Eliminating control from human beings eliminates power from human beings in blockchain. Human beings cannot avoid abuse of power and blockchain provides solutions to this problem.

We know many people are striving to defend their established power to death...

2. Bug Cheating is a born bug of human beings

I noticed that both Facebook and Twitter have been questioned multiple times by the US government these years. These media giants cannot even survive a single day if they don't follow some rules! However when they play the role of information screening, these media giants would eventually misconduct and do evil. This is like law-enforcement personnel committing law-breaking activities. A recent case is that many of Donald Trump's twitter messages were marked as "This claim about election fraud is disputed" and he couldn't change this by commanding "You're fired", because this act of blocking and screening is protected by Section 230 of Communications Decency Act. For the US society, it hurts but there're still no better solutions to preventing cheating.

In a human being's society, we have to tolerate this but in a blockchain-driven world we are able to eliminate falsification and censorship.

Compared to human beings, computer programs don't naturally have this bug of cheating. Nearly half of the population in the world today are using smart phones. These billions of smart phones are doing complicated calculations day and night, but no smart phones are cheating. However the handling of US election votes is just a simple calculation: addition!

If a calculation as simple as an addition could be manipulated by human beings how can we trust a blockchain world relying on management of human beings?

3. Lessons Learned from Governance of DeFi

Let's take MakerDAO as an example. Its governance has two main tasks: management of Vault and adjustment of stability fee.

It sounds cool to issue a governance token MKR to manage vault, doesn't it? However some hackers took advantage of it by using a Flash Loan to sway a governance vote.

It's a big blow to MakerDAO's governance strategy.

As for the management of the stability fee, in fact it is monopolized by a small group of rich guys. Quite often we see adjustments happen and we see voting happen but as a loyal user I have never figured out why and for what those adjustments happened. What I can imagine is that if all these adjustments can be done by programs based on algorithms that small group will never be needed and the bureaucratic voting can be over.

In fact in DeFi so-called human collaboration falls into human collusion for interests. It is ridiculous to govern tokens with tokens. It is a "Money Talks" game which makes DeFi protocols a tool used by the rich to be richer.

Here is a quoted paragraph from Bancor's white paper:

In this white paper, we have proposed the Bancor Protocol for decentralized liquidity networks, based on a standard for a new class of tokens called Smart Tokens, which provide continuous liquidity by incorporating an autonomous and low-cost market making functionality directly into their smart contracts. Smart Tokens utilize connected token balances and an intelligent and open-source formula to perpetually offer to buy or sell themselves at calculated and predictable prices, in return for any other token to which they are connected【4】.

Bancor implemented an intelligent and open-source formula with smart contracts and created an unprecedented decentralized exchange which surprised the whole blockchain world.

Although I don't think Bancor is perfect, the above two features Bancor brought to the world changed the history.

Bancor's implementation shows that smart contract implemented intelligent algorithms have created a revolutionary mechanism. Doesn't this give us huge inspirations?

Hence we come to know:

When we re-examine the term "Decentralized Autonomous Organization", we find that the word "Organization" which we use to interpret some changes and innovations that are and will take place in blockchain is misleading. In the Cambridge Dictionary "Organization" is defined as "a group of people who work together in an organized way for a shared purpose". It implies the following two meanings:

However, from Bitcoin to Ethereum and dApps, blockchain has always been evolving and striving to eliminate reliance on human beings, and has found aforementioned ways of anonymity to accomplish this.

Another remarkable fact is that neither Bitcoin's PoW consensus nor Ethereum's upcoming PoS consensus relies on human beings to commit transactions to a ledger but both rely on software to do so instead of human beings. Furthermore, both PoW and PoS can detect and prevent incorrect transactions from being committed when someone tries to do so. It is the consensus mechanism that secures a blockchain's security. It tells a straightforward fact that in a blockchain world we no longer need human beings to secure a system but instead we need to eliminate human beings' interference to secure a system.

Hence, Bitcoin and Ethereum are already successful decentralized autonomous organization. And they both have a key element: confining human beings within a cage.

Therefore the core value of an organization is completely divergent from blockchain's decentralization and it does no good to blockchain's development and success.

A tiny virus tore apart the superficial prosperity and mightiness of our human society and showed how weak and fragile the existing centralized world actually is. We need blockchain to reconstruct our society and we need to re-examine our thinkings.

On November 28 2020, Fred Ehrsam, co-founder of Coinbase and Paradigm, and Dan Robinson published "Governance Minimization" in which there're some key points relating to the topic we're discussing here:

Do we still remember a frequently discussed topic about Bitcoin's features in its early years---"Trustless"? Essentially only when a system or a dApp is credibly neutural can it be trustless! Therefore, no matter how decentralized a project's governance seems if it lacks credible neuturality the project can hardly survive in the long term in a blockchain ecosystem. The only way to credible neuturality is minimization of governance like what Bancor has accomplished by implementing a price-discovery mechanism with smart contracts and algorithms.

We propose to redefine DAO as Decentralized Autonomous Organism.

2. Governance Minimum and Credible Neutrality Bancor has proven that intelligent algorithms are a solution to both.

3. No Decentralized Autonomous Organisms will be isolated. Every DAO will be able to interact with one another intelligently. Every DAO can send service requests to other DAOs, and can digest replied data (by absorbing nutrients and eliminating wastes) and enjoy offered services. Therefore a DAO's behavior(e.g. changes of the stability fee in MakerDAO) cannot be changed at will by human beings such that a DAO can maintain stable and user-friendly interfaces and behavior to its users and smart contracts that interact with it.

4. A DAO has its own life span. It may die abnormally (from being attacked by hackers or being hurt by malicious DAOs). After an existing DAO dies, another existing or a newly generated DAO will take over its role and continue its course.

Considering the rapid development of AI, DAO may keep evolving, growing and moving forward by adopting more and more AI in the future. Along with DAO's development it will always be alert to and prevent bug from being brought in by human beings.

Today it is time to re-examine our outdated understanding of DAO, redefine its essentials and move forward with a completely new thinking.

Special thanks to Yuefei Tan for his translation and discussion.

Thanks to Zhao Li, Hong Cheng, Chenggan Guo for their discussion.